»When there are no role models, you have to have a vision and the courage to experiment.«
Reinhard Berg, Founder and until 2019 Main Responsible of the Wiesbaden Photo Days 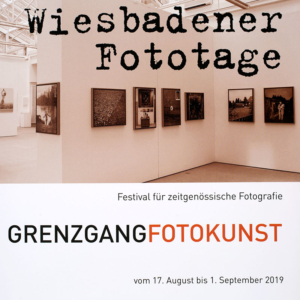 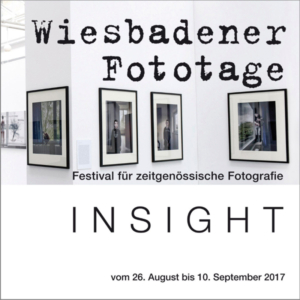 Jury award
Evelyn Hellenschmidt for her series »The cupboard« 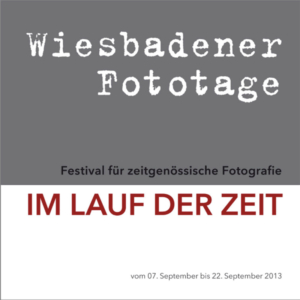 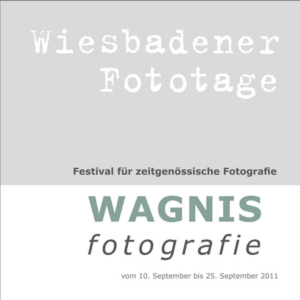 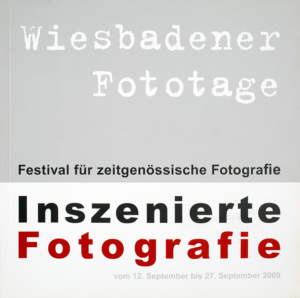 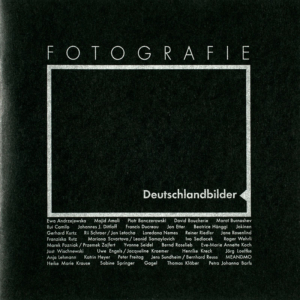 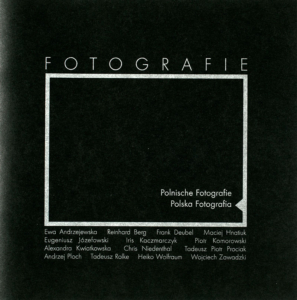 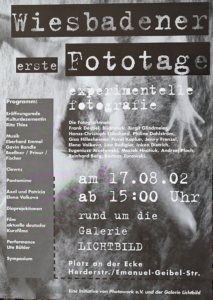 Together with Ewa Hartmann and Birgit Glindmeier, Reinhard Berg and Iris Kaczmarczyk founded the association Photowork e.V. and organised the first Wiesbaden Fototage in summer 2002. The Fototage were intended to be an event in which exhibition makers from one part of the city would not be competitors, but would act together as cooperation partners. The art of photography was to be in the foreground and not the commercial exploitation of photography. The first edition of the Wiesbaden Photo Days from 17 August to 15 September 2002 was a mixture of district festival and joint exhibition of young artistically ambitious galleries. Altogether, works by 17 photo artists were presented on the festival theme.

»The focus was on the exhibited photographic works, which were not only presented in the galleries but also on movable walls in the street. This is because the organisers do not only want to promote the reception of photography, but also break new ground in presentation. The photographic works should not only be shown in the usual form of a vernissage to a small group of initiates, but should cross the threshold to public space and include it«. (Wiesbadener Kurier, 19 August 2002)